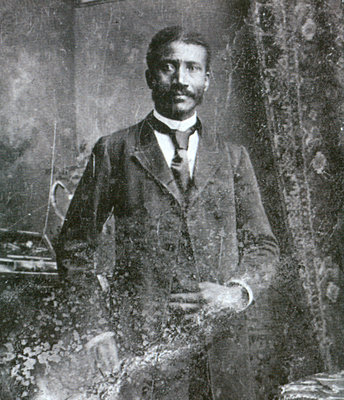 Although lesser known as an extension of the Underground Railroad than other towns such as Amherstburg, Buxton, Chatham, Dresden, Hamilton, Kingston, Niagara Falls, Toronto, St. Catharines and Windsor, the Town of Oakville was the gateway to Canada for many African Americans, as early as the 1830s.

William Chisholm purchased the land around Sixteen Mile Creek in 1827 and in 1834 the Town of Oakville became an official Port of Entry into Canada. Ships from Oakville sailed throughout the Great Lakes and beyond, and many slaves were assisted by ship captains to stowaway in grain vessels. Stories are told of a tunnel which ran from the Sixteen Mile Creek to the Herb Merry House on Trafalgar Road. There is also some evidence to suggest there may have been a tunnel leading under Navy Street from near the Custom House.

Particularly well remembered is Captain Robert Wilson, who brought many African Americans to Oakville concealed aboard his ships. For years following the American Civil War (1861- 1865), African Americans would come to George's Square in Oakville to celebrate Emancipation Day, and those who had been helped by "Captain Robert" would visit him at his nearby "Mariners Home," which still stands at 279 Lawson St.

James Wesley Hill was an escaped slave who crossed the Potomac River into Pennsylvania and then across the border in a packing box. He sent his first earnings back to his former owner as payment on his purchase price.

Hill first stayed with his friend Warren Wallace in Bronte. He became employed in Oakville by John Alton around 1850 to remove stumps and clear underbrush from a cleared wood lot. Hill rented a house from Alton and later rented the 100-acre Samuel Harris farm on Ninth Line. He built a house, which still stands today, at 457 Maple Grove Dr. His strawberry farm helped to make Oakville the one time strawberry industry capital of Canada.

Hill made several trips to Maryland, leading an estimated 700-800 African Americans back to Oakville along the Underground Railroad. Hill's reputation as a "Conductor" led to a price being put on his head. In the United States he was wanted "dead or alive".

Hill married Adeline Shipley in Maryland in 1859. His children Ruth and Frank remained in Oakville throughout their lives, and neither married. Today, Hill's memory continues to be honoured in Montgomery County, Maryland, where he was known as "Canada Jim".

Most African Americans who came to Oakville, either aboard ship or on foot, eventually left for larger centres with better economic opportunities. Of the individuals who chose to stay in the area, there are some well-remembered family names: Adams, Brown, Butler, Budd, Clark, Cosley, Crowly, DeCoursey, Duncan, Edgehill, Hill, Holland, Johnson, Lee, Strothers, Wallace, Wayner and Wordsworth.

Joe Wordsworth is recorded as the first African American to set up business in Oakville. He worked as a barber/ hairdresser/curler/clothes-cleaner, and his 1850 business advertisement read: "J.w. Would respectfully acquaint his numerous customers that he will be found at his shaving-shop at regular hours, where they may be well accommodated with a comfortable shave, and hair cut in the best style. Come one, come all and all will go away well pleased."

John Cosley was, according to his business card, a "barber, hairdresser, proprietor of Indian root shrub, toys, gunsmith etc." He had patented two inventions in Ottawa: a breach loading rifle and a collapsible combination water and feed trough. Cosley was somewhat notorious as the editor and publisher of "The Bee" in the 1860s. He printed his news on a hand press he made himself, which printed both sides of the paper at once.

The African Americans, who settled in Oakville and Bronte, found work where they could and established themselves as part of the community.

Benedict Duncan, William Holland and Lloyd Brown are remembered among the early African American citizens of Oakville. Benedict Duncan had walked away from his owners, who were experiencing financial difficulty, and made his way to Oakville on his own from Maryland. He found work as the sexton of St. John's United Church.

Christopher Columbus Lee was employed for many years by R.K. Chisholm as the butler at "Erchless" - the 1856 Chisholm family home on Navy Street, which operates today as a part of the Oakville Museum.

William Strothers made brooms for a living and was also employed as the sexton at a local church. It was noted that he attended the door on Sundays in his frock coat and received the worshipers with "the courtly manners of the southern gentleman".

John Wesley Wallace was the bell-boy at the Oakville House in the 1880s. One night he noticed smoke across the street and gave the alarm. The fire eventually impacted the entire block, but the early warning had allowed for the safety of the inhabitants and the safe removal of stock from the stores.

LEADERS IN THE COMMUNITY

Samuel Adams, a free African American from Cantonsville, Maryland, came to Bronte in 1855 with his son Jeremiah. With $800 in gold from his successful business in Maryland, Adams opened a blacksmith shop. He was kept very busy in his work, from shoeing horses to outfitting schooners with hardware. Having invented the equipment for "stonehooking" -lifting flat stones from the bottom of the lake - Adams became very prosperous and was at one time the biggest land owner in Bronte. Samuel Adams' brother-in-law was the Reverend William Butler, who was well known and toured throughout Canada on lecture tours with then Prime Minister Sir Wilfred Laurier. Butler also had the distinction of meeting Queen Victoria at Buckingham Palace to discuss with her how the African Americans were doing in Canada. He traveled on a speaking tour throughout Britain hoping to generate financial aid for African Canadians continuing to settle in the community. Around 1860, Adams and Reverend Butler started to organize a church in Bronte. Drawing on the African American population in Oakville, the British Methodist Episcopal Church was formed in 1875. Their continued work with the Church eventually led to the building of the Turner African Methodist Episcopal Church in Oakville.

The Turner African Methodist Episcopal Church was built in 1891 and opened under Reverend William Roberts in 1892. The congregation included African Americans from Oakville and Bronte, and united members of the British Methodist Episcopal and African Methodist Episcopal churches. The church was named after Bishop Henry Turner, a well-known preacher and community worker, whom President Abraham Lincoln had named as the first African American Chaplain in the United States Armed Forces. An important religious center, the Turner Chapel became a hub of social activity. The church choirs were of a high caliber and often traveled on exchanges to other local churches. Revival meetings were well attended; operettas were organized and performed; garden parties were held in the summer.


In the early days when Adams and Rev. Butler were first organizing the church, there were reported to be between 600 and 700 African Americans in the Oakville and Bronte area. Following Abraham Lincoln's abolition of slavery in 1863, many African Americans joined the Union army. At the end of the American Civil War in 1865, some African Americans who had settled in Canada began to head back to the United States. Many of Oakville's African American families had firmly established their roots, however, and were to influence the community for generations to come. Samuel Adams had lost one son, who was killed while fighting on the side of the Unionists in the American Civil War. In Oakville, his son Jeremiah, known as "Jerry", became a teamster for the Chisholm brothers' mill. He married Eliza Grace Butler and they remained in Oakville, celebrating their 65th wedding anniversary when he was 97 years old. Their daughter Isabella married Benedict Duncan's son, Alexander Duncan, who had become the organist and choirmaster at the Turner Chapel by about 1915. Many associations and relationships developed around the social functions of the Turner Chapel, which had become firmly established as part of the greater Oakville community.

The uniting of families through marriage achieved great interest with the marriages in Oakville of three Wayner brothers to three Johnson sisters. Lorenzo Wayner and Martha Johnson were to play significant roles in the continuation of the Turner Chapel through the Great Depression. Lorenzo Wayner worked as the local garbage collector on horse and cart and then with a team of horses for more than 28 years. In his spare time Lorenzo became the third pastor at the Turner Chapel, following "The singing Pastor," Reverend C.P. Jones. Wayner was one of five who kept the Church debt free through difficult times by personally guaranteeing a mortgage. This allowed necessary repairs to be completed on the building. As the others passed on over the years, Wayner became solely responsible. His wife Martha was of great assistance and inspiration to him throughout their lives together. Lorenzo became a generous supporter of the hospital, where Martha had spent her final days. In 1953, Wayner won the Oakville Lions Club Annual Award of Merit as man of the year.