Oakville History Makers
Oakville History Makers
Main Menu → Previous Panel → Next Panel
From Ireland to The Oakville Club
Panels
Oakville is a Special Place . . .Growing Up in OakvilleSoftball in the Summer, Skating in the WinterA Genealogist RemembersFrom Ireland to The Oakville ClubRoots in BronteA Journey Down Three Memory LanesThat Small Town Feel
DON FLYNN
Interviewed by K. Ball
How long have you lived in Oakville?
I have lived in Oakville for 58 years.

How did you come to settle in Oakville?

How I met Oakville: I was born on the southwest coast of Ireland in a small town called Tralee, the youngest of 10 children in 1925. When I was 17 years old and world war was in progress I went to England to work. I married an English girl called Lilian and lived happily until Egypt took over the Suez Canal and it looked very likely that another war was in the offing.

We decided to go to Canada, as my sister lived in Barrie and had asked us to visit. We decided that Lilian should go for 3 months and that I would stay in Richmond, Surrey, and if she was happy there, I would follow on with a proviso that I would never return to Britain. Except for holidays.

I came over via New York and sometime later arrived in Hamilton where we found it impossible to find work. It was suggested to us that there would be a vacancy in a “Y” camp for children for 6 weeks in Low Banks on Lake Eerie. It seemed like a good idea to get away from the 30 degree heat in Hamilton. We had a lot of fun there with the wonderful children and became great friends with [our] predecessors, Charlie Duncan and [his wife] Beth. Charlie was going to open a new physio department in the local hospital in Oakville. I asked Charlie where Oakville was and what it was like. He said he had no idea, as he simply sent in his papers [and] then had a quick visit when he had been accepted.

When our 6 week contract ended, Lilian and I realized that we knew only 2 couples in Ontario - one in Grimsby, and Charlie and Beth in Oakville - so we tossed a coin and Oakville became our destination. We found a very small apartment and settled in there.

We discovered that Charlie’s Canadian cousin, George, was the manager of the Oakville Club and he kindly offered me a part-time job at night after I did a bartenders course. George lived in a small house which stood in the area where the parking lot is and in time he moved to a new house, so I asked him if the Club would rent the house to me. He promised to look into it the next day and returned to tell me that they were prepared to offer me a full time job, which included the house.

Can you describe your first impressions of the town?
A delightful small town - most stores were owned by the operators and there was a great atmosphere of friendliness. You could buy a single little spring (I did) at the hardware store on the north side of the main street and the wooden floors always smelled of oil. We frequented Crestons on the north side and The Oak Tree on the south side when we could afford it. We soon felt at home.

How has Oakville changed in your lifetime?
Beyond recognition. It has become much more cosmopolitan and now has many more conveniences. The lakefront is more cared for and the theatre is excellent. The transit is a great improvement, especially for seniors. It is still home.

What was your first job in Oakville?
In 1956, the refinery was being built in Bronte and the Labour Office suggested I apply for employment there. I was accepted to the lowly position of a “rod man,” always tramping around the job site in my new boots, [which] I bought to cope with the muddy conditions. At the end of my first week I was let go because that part of the job was completed and I was left unemployed with a pair of muddy new boots.

My second job was at Schlegel’s, located on the South Service Rd., making car parts for Ford Motor Co. All this time, I was [also] working as a barman (then called a Steward) at night for the Oakville Club, and it was then that I started full time and living in the Club’s house.

My first job at the Oakville Club was cleaning out the debris in the little basin south of the Club (the boots again!). I think my next chore was cleaning the big stove in the kitchen - very exciting work. And then home for dinner and back to the Club bar until 12 or 1 am. I was paid the princely sum of $1.50 per hour for day work and $1.00 per hour in the bar at night.

What was your favourite place in Oakville?
My favourite place in Oakville was the Oakville Club. I fondly remember walking in the front door [and] feeling a sense of faded Victorian elegance. The building was originally a granary which had been acquired by a number of prominent Oakville businessmen as a private club in 1907. I looked around and thought this is the place for me and that feeling never changed.

Although the primary purpose [of the Club] was sport (ie. [there were] 5 badminton courts, 4 tennis courts, swimming, boating), the club was also the centre for entertainment, as there was no theatre in the Town at that time. There were always parties and wedding receptions to keep us busy and the first weekend in June was always reserved for “Cabaret.” It was well attended, with 1000 members and guests dining, watching the show, and dancing until the wee hours.

The Club decided that it was time for squash and stole one badminton court at the south end to build 4 squash courts. Later, a tennis court was built in the basin that I had cleaned so many years before.

As time went on, [The Club] decided to hire a new manager and I was invited to submit an application for the position. I declined, as I thought I was not qualified. We had 75 apply and we whittled it down to 5. A new manager was chosen and I was appointed his assistant. Doug and I worked happily together until he retired 10 years later. I was appointed manager and I did feel qualified [then], having completed many courses. I was manager for 20 years and retired in 1990 when I was 65 years old. I was granted an honourary membership. I had [also] been invited to join the Cabaret cast and spent many happy times fooling about on the stage.

My wife passed away 11 years ago and I am still living in the house we [had] in 1983. I was most fortunate that the tossed coin came up heads for Oakville and I never regretted my decision to stay most of my life in such a wonderful town. 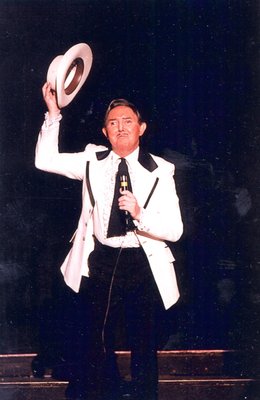 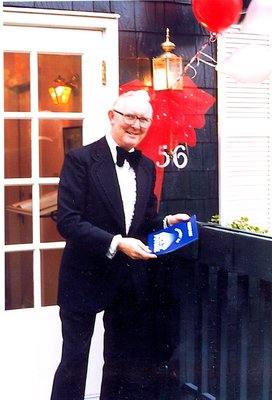 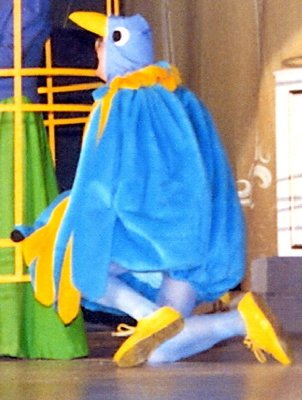 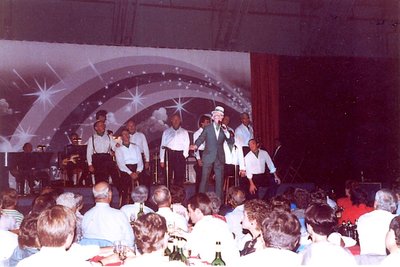