Steve Nease: Tribute to a Local Artist
Main Menu → Previous Panel → Next Panel
Artist Biography
Panels
WelcomeArtist BiographyArtistic InfluenceThe Cartoonist's AspirationsThe Appeal of HumourA Tribute to the TaxpayerCivil Service Strikes in CanadaQuebec's IndependenceA Cartoonist's Take on the Separatist MovementThe Major Political FiguresBrian Mulroney, Jean Chretien, & Mike Harris: A Tribute (sort of)The Town of OakvilleOakville's Inside JokesA More Serious NoteOur EarthToronto Maple Leafs - A Fan FavouriteArtist's Favourite
“I always just drew for the entertainment of myself and my friends, nothing serious. I never took an art lesson in my life. After university a friend and I backpacked around Europe for about 7 weeks and during that time I kept a cartoon diary of our travels. When I was riding on trains or buses, or sitting in hotel rooms, I would do a cartoon diary of the day’s adventures, what we’d seen, what we’d done, with a humourous vein to it. And I found that people in Europe - people who didn't speak my language - would be looking over my shoulder on a bus or a train and they’d chuckle, or give me a thumbs up. They’d think it was good and when I got back, people were looking at it and saying, 'It's amazing, this thing! You should have it published.' I never did have it published, but I still have it to this day. That’s what first gave me the idea that maybe I could turn this particular talent into a job.”
Although a longtime Oakville resident, Steve Nease was born in Woodbridge, Ontario. He enjoyed drawing from an early age, describing himself as a “doodler” with an affinity for Snoopy and Superheroes, who would later draw caricatures of teachers when, as he said, he should have been paying attention in class.

Professional cartooning was something Nease “fell into.” After studying English and History at the University of Toronto, Nease worked as a reporter and photographer for some small papers. He was also freelancing cartoons to The Etobicoke Guardian when The Oakville Journal Record put the word out that they were in need of a full-time staff artist. Taking the opportunity, Nease was primarily responsible for designing advertorial layout, the editorial cartoons being something of a supplementary project, despite their higher profile. One year later, The Oakville Journal Record was discontinued and Nease was absorbed into The Oakville Beaver, where he served as the art director for 30 years.

Nease’s cartoons are still being published in numerous Canadian papers, and his most recent work can be found on both his website and cagle.com 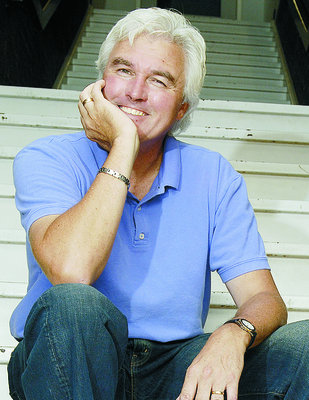