Prior to the founding of the Oakville Art Society the arts in Oakville were represented by Oakville Arts and Crafts Incorporated. This group was founded in approximately 1950 and consisted of a theatre group, musicians and potters.

By 1954 the group had grown to 150 members - consisting of mainly potters and artists. They held classes for children on Saturday mornings. In May the group put on a festival where the members' work was exhibited and available for purchase. 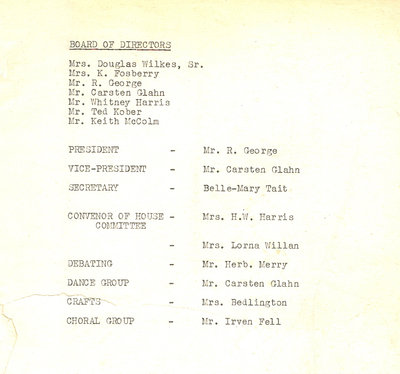 Oakville Arts & Crafts Inc. Board Members for the year 1950 Details 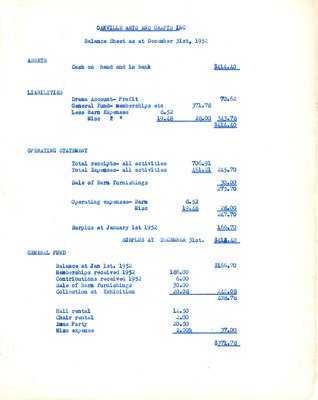 Balance Sheets for the year 1952 from the Oakville Arts and Crafts Inc. Details
Main Menu → Previous Page → Next Page
Powered by / Alimenté par