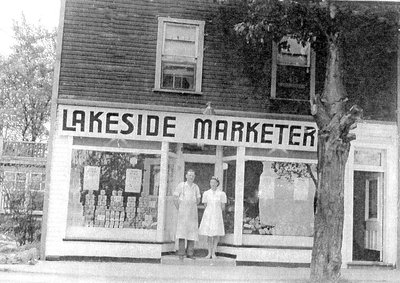 Lakeside Marketeria. Details
The Lakeside Marketeria opened on June 5, 1947. Bill Hill and his wife Donna Hill, took over the building from Donna's father (a barber) and transformed it into an independent grocery store which was in operation for 54 years.

In 1997, in an Oakville Beaver report covering the Lakeside Marketeria's 50th Anniversary, Bill recalled how a container of Maxwell House Coffee was .27 cents and a tin of Aylmer vegetable or tomato soup sold for .09 cents when he first opened in 1947. 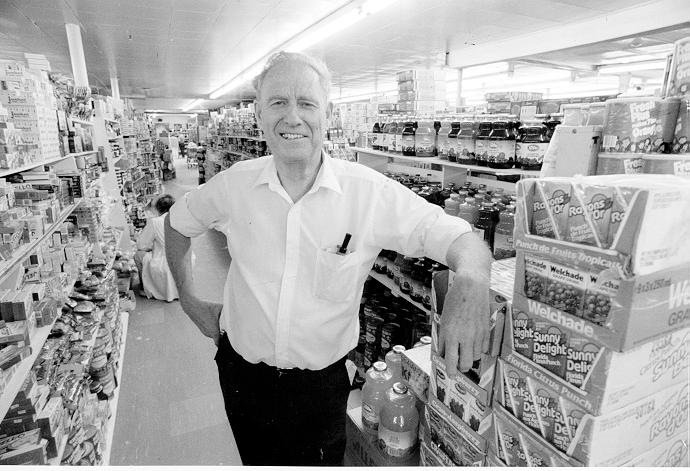 As well as being the local grocer everyone knew, Bill was an advocate for preserving Bronte heritage. When the post office needed a new home, Bill and Donna offered part of their land. The Lakeside Marketeria walls were decorated with historic photos of Bronte and Bill would often show home movies, projecting them on the exterior walls of the building.

Bill Hill was a much loved citizen in Bronte. When he celebrated 50 years in business, the Town of Oakville renamed a portion of the Oakville Waterfront Trail as the William (Bill) Hill Promenade. Sadly Bill Hill passed away at the age of 82 in September 2001. Donna Hill followed Bill four months later. To honour their memory, a park bench was donated by Bronte citizens in June 2002.

Courtesy of Bronte Historical Society and the Oakville Beaver 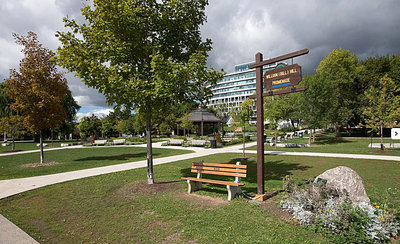