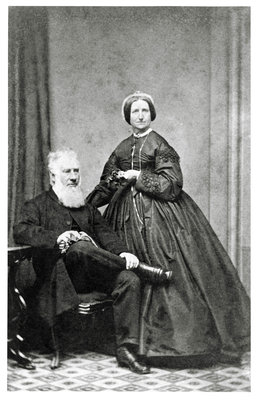 Samuel Bealey Harrison played an integral role in the development of Bronte, especially the building of the harbour. Harrison, a lawyer, emigrated from England and in 1826 bought the land originally purchased by Joseph Hixon, another early settler in Bronte. On this land Harrison built the desired grist mill that Hixon never built. Harrison also led the petition for the harbour to be built. In 1840 the request was granted and the harbour was completed in 1856 under the direction of the Bronte Harbour Company.
The Triller Family:

The Trillers were one of the first families to settle in Bronte. They moved to Canada from New Jersey in 1805. After a stay in Grimsby, Philip Triller and his family moved to Bronte where he owned 100 acres of land.

Legend says that Philip Triller hid William Lyon MacKenzie from soldiers in his attic. While the Triller daughters distracted the soldiers, MacKenzie was able to escape to safety (Turcotte 91).

Bronte's first Blacksmith was Samuel Adams, a freed slave from the Baltimore area. He came to Bronte with $800 in gold and opened up his shop in 1885 along with his son, Jeremiah. Much of Adams' business came from the need to shoe horses and outfit schooners. The invention of the rake used for stone hooking is attributed to Adams (Hudson 8).

Adams and his brother-in-law, William Butler, formed the first Methodist church in the area. The British Episcopal Church opened in Bronte in 1875. The formation of this church led to the opening of the Turner African Methodist Church in 1892. The Turner Church still stands today on Lakeshore Rd., although it has now been converted into an antiques store (Blair 18).

John Belyea and his family were another of Bronte's earliest settlers. They settled on the east bank of Twelve Mile Creek in Bronte. Part of their land agreement with the government involved feeding any of the Mississauga Chiefs who were to pass by their farm. This was due in large part to the five Mississauga Chiefs surrendering their land in 1820 to the government.

Fun Fact: It is believed that many of the apple trees around Bronte are descended from the apples brought over by the Belyeas from New York state (Turcotte 92).
The Flumerfelt Family:

J.S. Flumerfelt moved to Bronte from Newmarket and bought the post office from Alex Ingledew. The Flumerfelts remained in charge of the post office until 1955 when the post-office building was closed. The family lived in a large house built by Dalton McDonald (the leading shipbuilder in Bronte), located where Bronte Village Mall stands today. 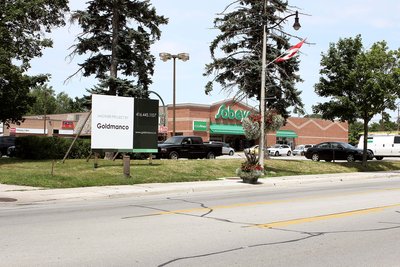 Originally from Ireland, Richard B. Joyce moved to Bronte in the 1870s. In 1898 he purchased Glendella Cottage (formally Thompson's Hotel) from Susan Triller*. When tourism started to slow down, Mary Ann Joyce ran Glendella as a boarding house for sailors. In 1952, Mary Ann's grandaughter, Donna, moved into Glendella with her husband William "Bill" Hill.
The Joyce men were actively involved in the commercial fishing industry: Captain John Joyce, Captain Sam Joyce and Bob Joyce who was a ship builder.

The Cudmores moved to Bronte around 1880. The Cudmores lived and farmed beside the Sovereign family near Shelborne Creek. In 1920, Ernest Jackson Cudmore (known as Mike) moved his family to the north side of Lakeshore in a brick house which he had built. The 14-room house is still home for the Cudmore family, located next to their family business. The Cudmore Garden Centre has been in operation since 1929.

Fun Fact: The Cudmore family was inspiration for Mazo de la Roche's Chard family in Possession. Whether or not the stories of the family are true, Bill Cudmore has said that Mazo's descriptions of Bronte as a impoverished village, the hard winters, and other events are accurate (Alton). 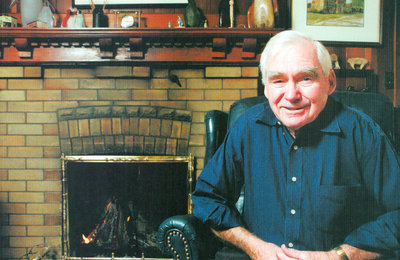 Bill Cudmore relaxing in his home at age 75 Details

*A long-time Bronte resident and historian pointed out that there are two dates listed for the sale of Glendella Cottage to the Joyce family. The 1898 date comes from Places and People on Bronte Creek by Dorothy Turcotte, page 95. An earlier date, 1887, is listed in Oakville: Street Names and Landmarks by David Ashe and Joyce Burnell, p 40.
Main Menu → Previous Page → Next Page
Powered by / Alimenté par