In 1825 The Directors of the Welland Canal received permission to cut timber at the mouth of the Twelve, thus the export of lumber became a means of economy in Bronte. The various species of trees lumbered in the area were: oak, pine, hickory and poplar. Potash (potassium carbonate obtained from wood ash) was the other export and was mainly used as a fertilizer (Turcotte 83).
Early settlers grew wheat crops and owned fruit farms. In 1834 (the same year as Bronte's founding) Samuel Bealey Harrison built the first grist mill which was desperately needed. Before the construction of the mill, farmers were travelling as far as Aldershot to mill their grain into flour. Also by 1844/1845 Bronte had its own wagon maker, blacksmith, cabinetmaker, cloth factory, lumber mill and shingle mill.

With the harbour complete in 1856 Bronte was set for an economic boom as the harbour enabled the export of wheat and lumber to various markets in Southern Ontario. However, the building of the Grand Trunk Railway (also in 1856) saw the gradual decline of the wheat trade in Bronte as there was no Bronte stop (Brimacombe 12). 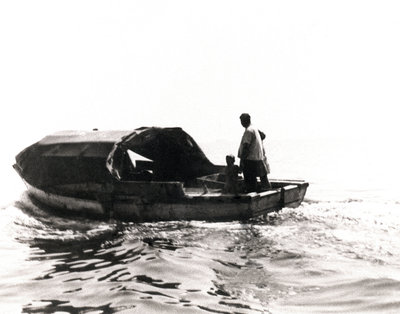 After the local decline of the wheat industry in 1887, the citizens of Bronte turned to commercial fishing. By the turn of the century Bronte harbour had 22 fishing vessels (more than Port Credit and Burlington Beach). At this time the steam mill, under new ownership, began fabricating metal products, transforming itself into a stamp mill.

The 1950s saw the last days of the commercial fishing industry but the area remains a popular spot for sport-fishing.

To harvest the shale, a method known as stone hooking was used. The stones were removed from the bottom using long-handled, two-pronged rakes. In more shallow water, men would wade in waist-deep water and use crowbars to pry up the stones. In deeper depths, large rakes were used from the derricks. The stone hooking industry was very profitable in Bronte until 1917 when cement became the building material of choice (Turcotte 87). 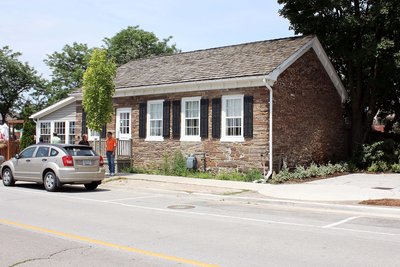 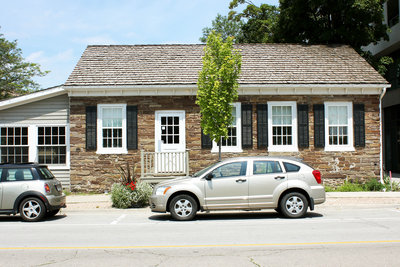 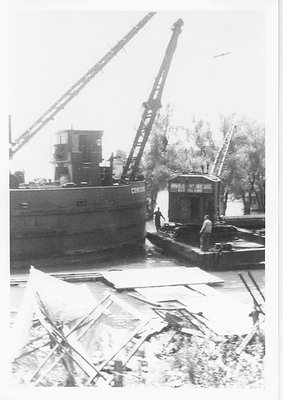 The carpentry trade, in particular boat building, became a popular alternative to commercial fishing and stone hooking. Before the harbour was constructed in 1856, Bronte boasted an impressive port and shipyard. From 1852-1854 four schooners were built in Bronte; The Flying Cloud, Peerless, Olivia and Lily (Turcotte 88). The ship yard was established by Melanchton Simpson and his brother John who owned and operated the ship yard in Oakville. Due to an overwhelming amount of business, the brothers decided to establish another location in near-by Bronte. In the late 1800s Lem Dorland and Dalt McDonald started to build smaller boats for stone hooking, and commercial fishing (88-89). In the 1930s the Huffman Construction made tugs, dredges and barges for a short period of time. From 1945-1954 Northern Marine produced metal boats, their shop was located where the Oakville Harbours Marina, stands today. 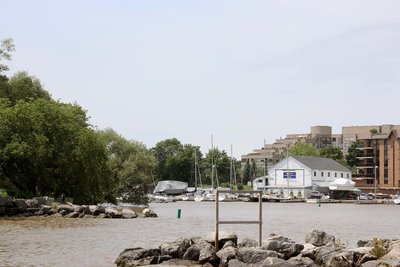