The completion of the Oakville House took place in 1828 at the corner of Navy and Lakeshore Road (formerly known as Colborne Street). Built by William Chisholm, this was Oakville’s first hotel. However, in 1834 the property was sold to William Sumner who proceeded to do many renovations on the hotel. Sumner was quite a unique character and this could be seen through his good humored advertisements. The following is an excerpt of one of Sumner’s advertisements in the local paper:

“…Two stages arrive daily to dine. His beds are clean and comfortable – Larder as well stored as the market will admit – Good Liquors, purified by an addition of Ontario’s beautiful waters – good fires to cheer the minds of his guests and warm their cold fingers – good Stables – good Hay and Oats – attentive Ostlers to comfort the noble steed – and his charges are NOT ‘locked’ up in the ‘chase’ of oppression. Call and see an old Tavernkeeper, W.J. Sumner.”


Unfortunately, the town could not stop the Oakville House from being demolished several years ago. However, a very close replication has been built in its place, still featuring the "Oakville House" name on the current awning. This building manages to fit in well with the Downtown Oakville landscape, despite its large size, and now houses Paradiso, a fine dining restaurant, and clothing boutiques including Want. 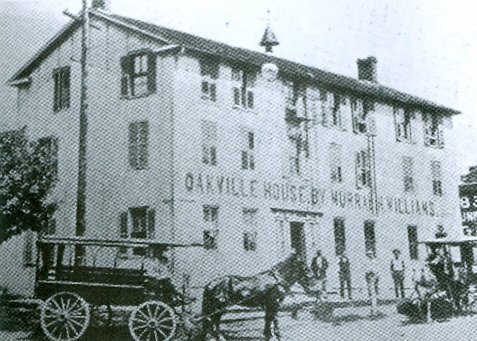 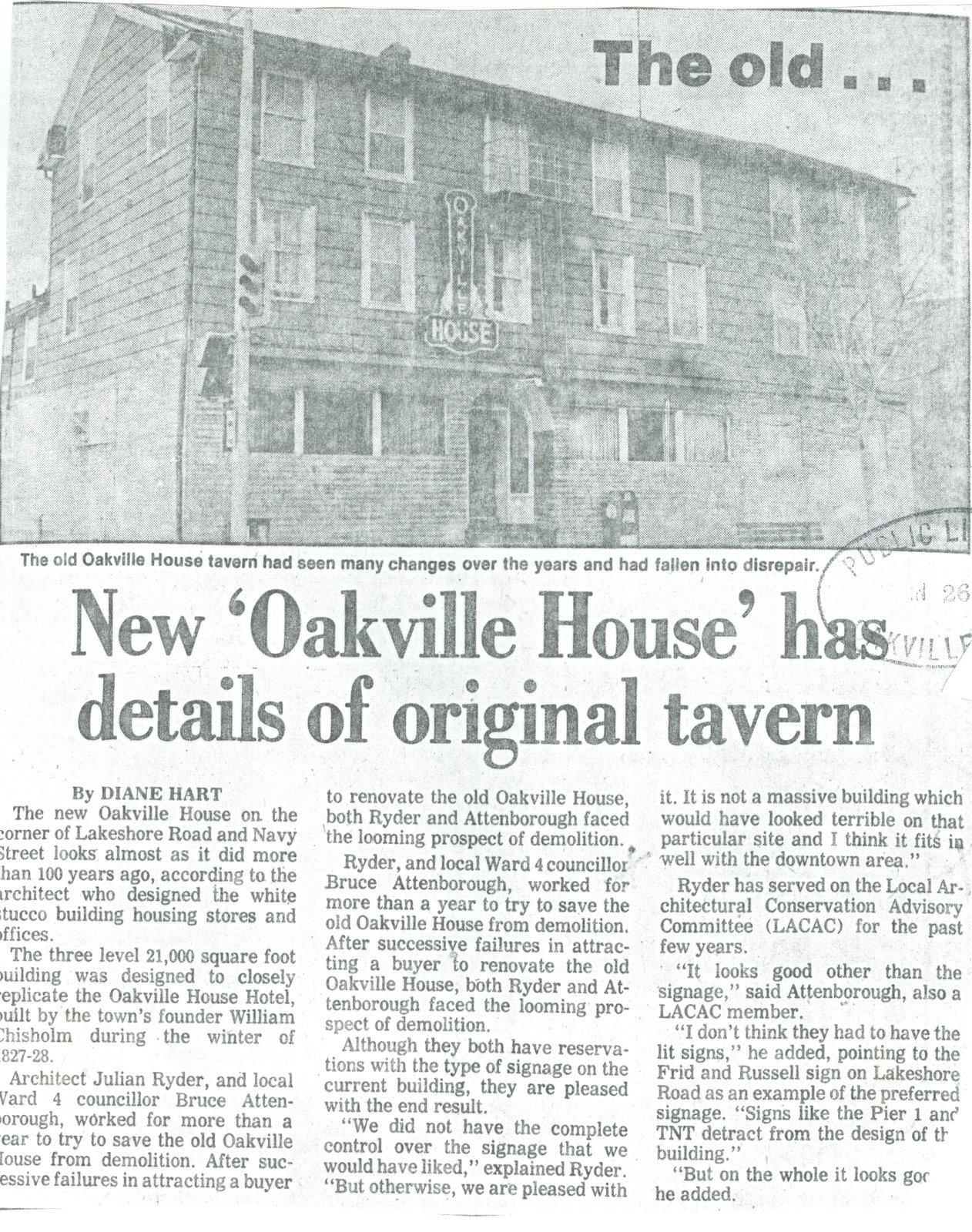 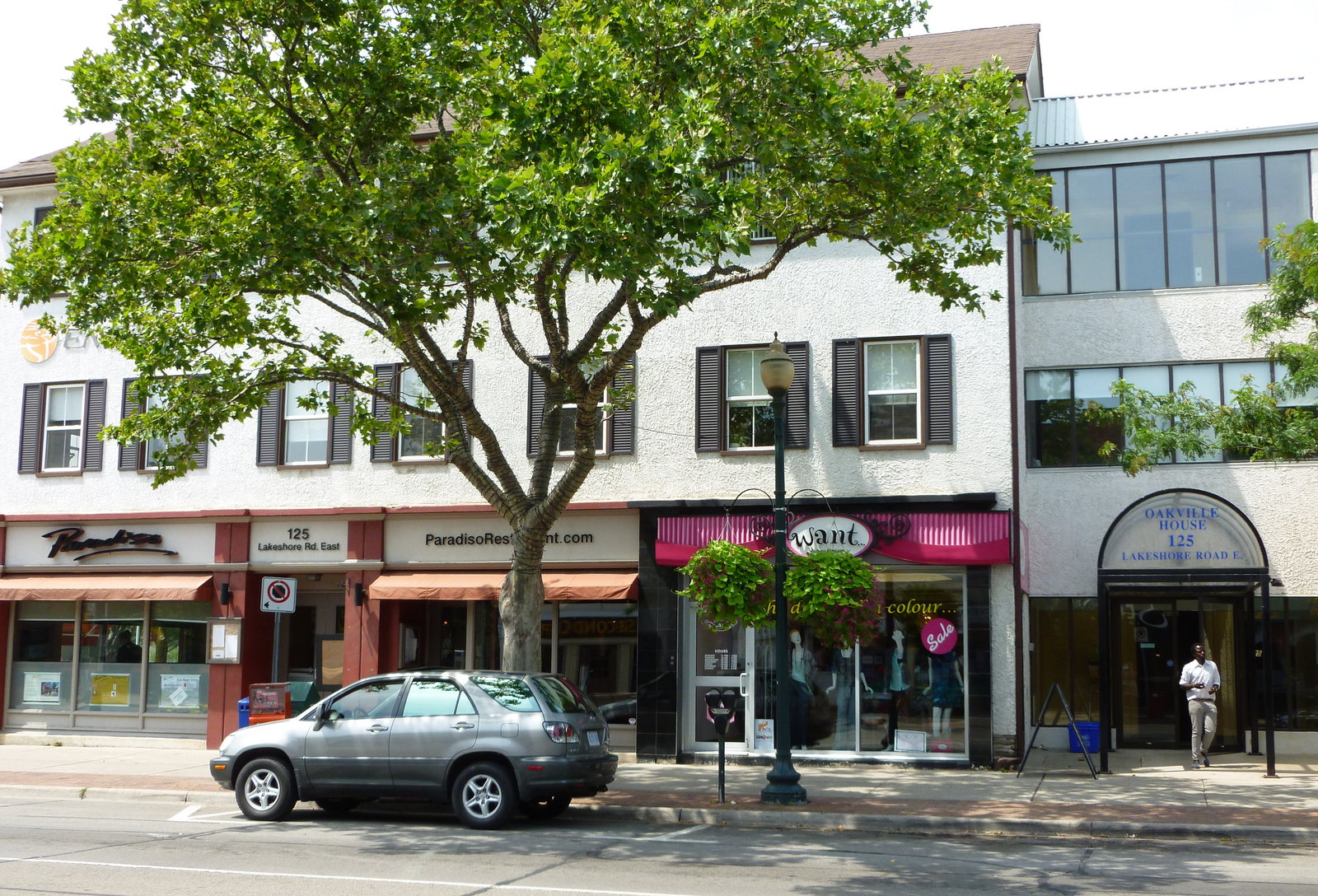