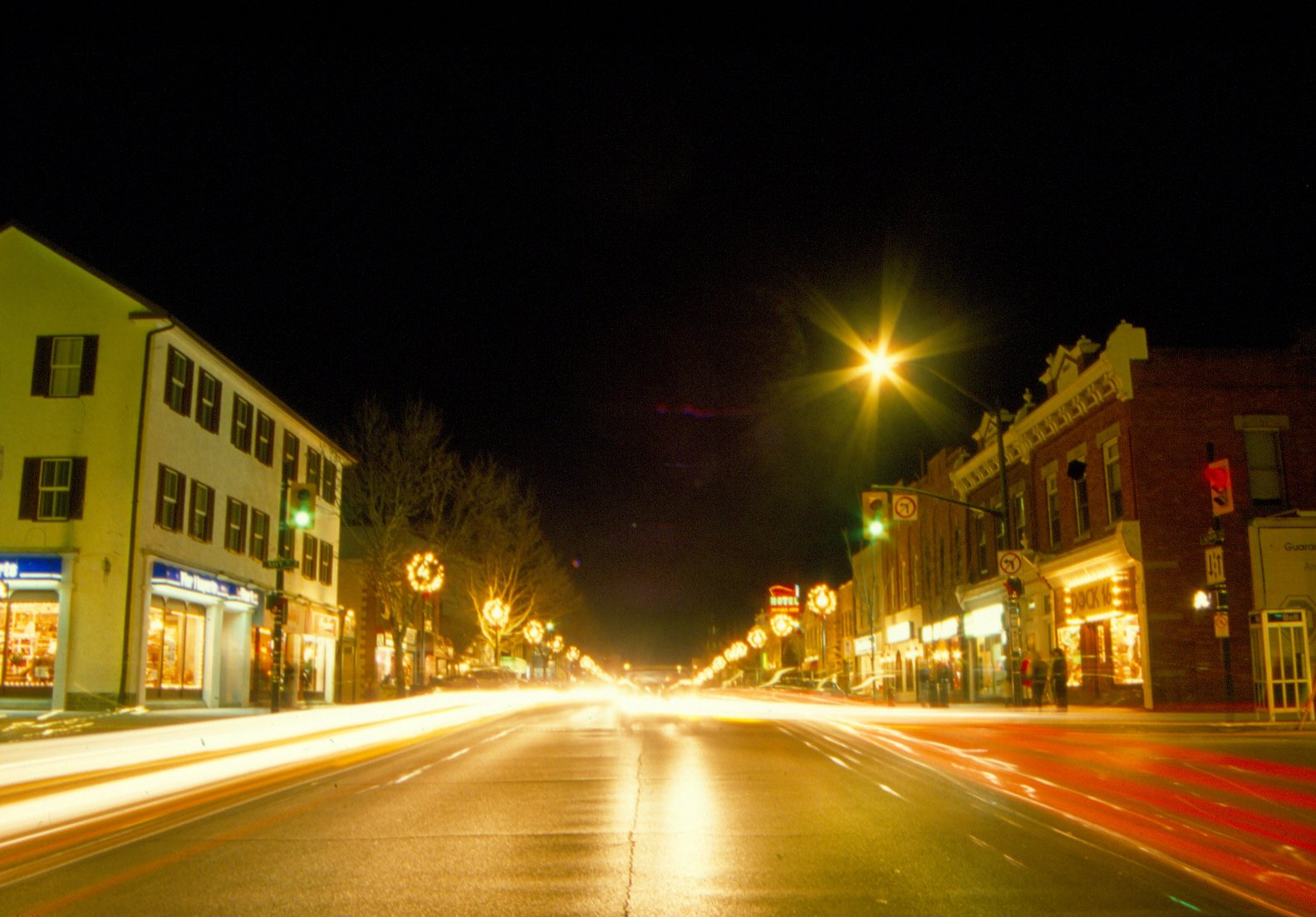 “A town, no less than any living thing, does not exist in isolation. It is born upon a past, and grows within a present, towards a future. Oakville is no different. The story of its existence is that story of each of us who live or have lived within it, then and now.” -Sheila Creighton


Since the founding father of Oakville, William Chisholm, laid eyes on the endless business potential of the harbour, Oakville has grown and developed into a prosperous town that approximately 182,500 people today call home.


Strategically settled between two large metropolitan areas, Toronto on the east-side along with Hamilton bordering on the West, Oakville is supplied with endless business possibilities, while still being able to preserve its own separate footprint. Maintaining its ‘small town’ feel, many people never realize how diverse Oakville’s business district is, both in the past and present. Once a Port of Entry, Oakville’s harbour proved to be the drawing factor in William Chisholm’s decision to purchase a spectacular amount of land in this vicinity (960 acres to be exact!). Although the harbour is no longer used for commercial purposes, Oakville has seen the development of a variety of businesses from that first initial seedling. From family-owned shops in Downtown Oakville, to head offices like Ford Motor Company of Canada, our town truly has it all!


The following exhibit takes a look into Oakville’s past and present, showing the growth and development of Oakville as a town. The exhibit will feature a variety of businesses that have contributed to the success of the economic community, as well as drawing newcomers from elsewhere to Oakville’s endless employment opportunities. Historical images and advertisements will be displayed, along with present day photos, to depict the business scene of the 1800 and 1900s in comparison to the current day. Many of Oakville’s Downtown shops reside in buildings maintained from the mid-1800s! Oakville has a rich history that is often overlooked. However, it is past industries that have allowed Oakville to flourish and become the remarkable town it is today. It is truly what happens in the past that helps create new inspirations and beginnings for the future.


“Oakville has grown from a settlement of hundreds to a town of thousands nestled in a region of millions. Against the backdrop of a thriving Greater Toronto Area, Oakville maintains its independence as a town with its own distinct history and traditions. Oakville has a good memory, not only for its village heritage, but also for the values of optimism, self-sufficiency and determination that built it. This has produced a place where history co-exists comfortably with progress, and business with pleasure.” – Wendy Burton

The information on this page is credited to: Creighton, Sheila. The Oakville Book: Oakville then and now. Oakville, Ont.: Rubicon Publishing Inc., 1993. Print.