The history of sharing books in Oakville dates back to 1836, when the Town's first schoolmaster, an Irishman by the name of William Tassie, opened the first public reading room. The Oakville Public Library system as it is now known did not come into being until 1895. The library initially housed only a handful of books, was frequented by a few members who paid an annual fee of one dollar, and was open only several days a week. By 1995, it was open seven days a week, housed almost a quarter of a million titles and boasted almost one hundred thousand members, all having access to library services free of charge. Children's and adult programs, magazines and newspapers, online databases, multilingual publications, internet access, DVDs and digital audiobooks and ebooks are among the many additions made to library services over the past one hundred and fifteen or so years.

It all began with a wooden meeting hall that was erected on Church Street, and was used as a community meeting place, a church on Sundays and a school on weekdays. Here, William Tassie established the Public Reading Room, followed three years later in 1839 by the Village Library, home to just one hundred books which were mostly religious in nature.It wasn’t until 1850 that the Village Library was revitalized and became a Mechanics' Institute whose mission was to spread scientific and literary knowledge through a reference and circulation-style library system. The Oakville Common School was also built that year, just north of the original meeting hall and had its own library.

In the 1860s, the school library was merged with the Mechanics' Institute Library, and housed in the school tower. Then, in 1895, the name Oakville Public Library (OPL) was used for the first time, following an amendment to the 1882 provincial Free Libraries Act which allowed for the adoption of the term “Public Library”.

In 1903, the library moved into two rooms over the Bank of Toronto on Colborne Street (now Lakeshore Road), east of Navy Street. The Town of Oakville assumed management of the library in June of 1922, and created the Library Board according to provincial guidelines, with funding now coming from municipal grants. Hours of operation were extended and anyone over the age of ten could borrow items.

In 1956, the Oakville Public Library moved to a newly-renovated post office building, also located on Colborne Street, where it offered library service for 35 hours a week to accommodate the Town's growing population which was already at about 10,000. The library also purchased a bookmobile which it used to extend its services beyond its 4 walls. By 1967, space was so cramped that another move was in order. The library moved to its new headquarters at 120 Navy Street (the original site of the schoolhouse), where it remains to this day and is referred to as the Central Branch. The old post office building is now home to the Tommy Bahama luxury clothing and accessories retailer at 216 Lakeshore Rd. East.

With the population continuing its upward climb in the 1960s, another branch needed to be built, and thus the new Woodside Branch opened its doors to the public. In 1973, OPL pioneered a new concept in school/public library service by opening yet another branch, this time at White Oaks Secondary School. It wasn't until 1990 that the Glen Abbey Branch was opened in the Glen Abbey Recreation Centre and following the success of this model, the Iroquois Ridge Branch opened in a community centre on December 27, 2001 with a collection of fifty thousand items.

Not only were new branches introduced over the years, but changes were made within branches as well. In 1991, the Oakville Public Library Board received a grant to create the Oakville Collection Room which would house a collection of local history texts. Today, the Oakville Room provides valuable local historical resources as well as genealogical reference materials for anyone researching their family history. There is also an extensive collection of maps of Oakville and surrounding areas throughout the years, as well as historical census, vital and newspaper records on microfilm and microfiche which can be viewed on the newly-acquired ScanPro 2000 digital microfilm reader scanner.

Symbols of the library - its logo and library cards -- also underwent changes over the years. The sample library card that appears above and to the left was graciously donated by Robert Strohm. Noticeably absent on this earlier version is a barcode which is present on all library cards today.

In 1988, the library's logo was unveiled as part of a visual identity initiative. The image was of a ship's hull made from the indigenous oak leaf, with billowing sails resembling the pages of a book -- the ship a reminder of Oakville's roots as a shipbuilding centre and port. This logo quickly became a recognizeable symbol of the Oakville Public Library throughout the community. In an effort to remain current, the Oakville Public Library underwent a re-branding strategy in 2003. The library logo was revitalized into four different color versions: red, green, yellow and blue -- the primary colours -- representing the building blocks of learning. By 2004, the library's branding colours were changed to blue and red and reflected on the library's newly redesigned website.

Of tremendous value to the library over the years has been the Friends of the Library volunteer advocacy group, created in 1993 as a charitable organization with its own constitution. Its mandate is to foster public awareness, understanding and enjoyment of the library resources in the town of Oakville, and to raise funds for special projects or service enhancements. For example, several microfilm readers, including the library's new ScanPro 2000 digital microfilm scanner have been generously funded by the Friends of the Library.

The Oakville Public Library celebrated its 100th anniversary in 1995 and throughout that year, its various branches hosted visits from Canadian authors such as Howard Engel, Lawrence Hill, Julie Johnston, Jean Little and Ian Wallace.

Community Service and Children's Programming
Perhaps one of the most innovative services at the time, the Bookmobile was purchased around 1958 to serve the isolated and remote areas of Oakville that were not in close proximity to existing branches. Its stay was brief, however, as it succumbed shortly thereafter to the pressures of a tightening budget. The Bookmobile service was, however, later re-introduced to the community in 1990 with the purchase of a new 30 ft. customized converted school bus. Unfortunately, the Bookmobile was once again discontinued and finally laid to rest in 1996 as a result of budgetary constraints.

It is a blistering hot summer day, and the Oakville Public Library's Bookmobile rolls in as scheduled at 2:30pm sharp. The 32-foot converted school bus holds about 3,000 books, CDs and videos. A steady stream of residents make their way through the bus, returning last week's material and collecting the items they wished to use for the upcoming week, all while making some time to chat with the librarian/bus-driver who runs this popular library service. It is July of 1995 and the Bookmobile is celebrating its 5th birthday!

In January of 2001, funding from the Friends of the Library enabled the opening of three Book Nooks which were created to support areas with low literacy rates and to make library services available to everyone by extending library services beyond the walls of existing library locations. The Friends of the Library also funded the Battle of the Books challenge across Oakville elementary schools and the Summer Reading Program, both of which continue to be held annually.

In 2002, the library, in partnership with the Halton Region, launched a new early childhood literacy inititative called "Read with Me". The goal of the program was to provide parents with a better understanding of the importance of reading to their children. The Bookpack Take-Out program was also introduced to assist busy parents by enabling them to quickly check out backpacks with 5 pre-selected picture books, accompanied by an invitation to "Read with Me".

In 2003, the Toy Library service which had been provided by the Central Branch, was discontinued due to declining membership and replaced by the Discovery Centre. The Discovery Centre was modeled after similar spaces at science centres across Ontario to create a special interactive environment where parents and children could learn and play together and is still well-used.

In May of 2004, the library's Children's Services mascot, OPaL, was introduced and made possible with funding from the Friends of the Library.

In 2006, OPL launched another important initiative --the Every Child Ready to Read program, the goal of which was to encourage early literacy for children under the age of five by focusing on six pre-reading skills: narrative skills, print motivation, vocabulary, print awareness, phonological awareness and letter knowledge.

In 1993, the Oakville Public Library adopted dial-up internet access, but it wasn't until 1997 that internet access was made available to its customers. In May of 1999, a new Oakville Public Library website was launched and within six months, fifty new public access computer workstations were added. In 2000, the library introduced a series of workshops for the public focusing on internet basics, search engines and electronic mail. During this same year, a new format, digital videodiscs (DVD),was introduced as a borrowing collection.

The library launched a redesigned website in April 2004, incorporating the library's new branding, logo and corporate colors of red and white. A new feature was added -- the Ask Us email reference service -- which allowed customers to receive virtual reference assistance from the comfort of their homes. In June of 2005, the library introduced a new interactive children's web portal called OPaL's Place, featuring the friendly green dragon OPaL, who invites children to play, read, and ask OPaL for virtual help.

With continued advances in technology, the library could now also offer its customers the ability to save data to USB keys/memory sticks, burn CDs and store personal documents on the Town's servers. To manage the growing number of customers using the library's technology and computer services, it became necessary to implement a type of computer booking software called NetLoan Pro. Oakville Public Library was the first public library in Canada to take these measures.

In 2006, wireless internet access became available to the public at all OPL branches, and now, five years later, this service continues to increase in popularity.

In 2007, a text only version of OPL's website was introduced as part of the library's Special Needs Service, rendering web pages easier to interpret by screen readers used by the visually impaired.

It was during this same year that OPL, along with its Halton partners, launched the Oakville Images database -- a collection of photographs, images, newspaper clippings and other historical documents from the Oakville Collection, the Town of Oakville Archives, local historical societies, Appleby College and personal collections of Oakville residents. Customers who did not have access to a personal computer or scanner, but who wished to preserve old photographs and documents of sentimental or historical value, were encouraged to come out to one of the library's scanning days. Customers were assisted in scanning their images which were then uploaded to the Oakville Images database in an effort to promote digital preservation. 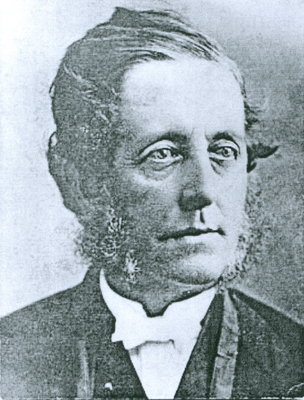 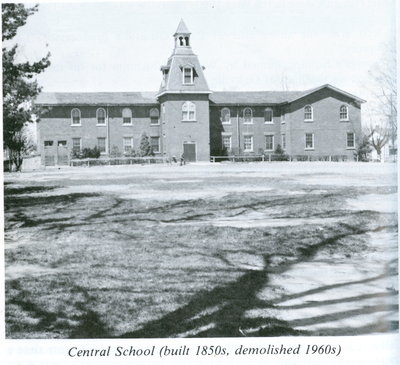 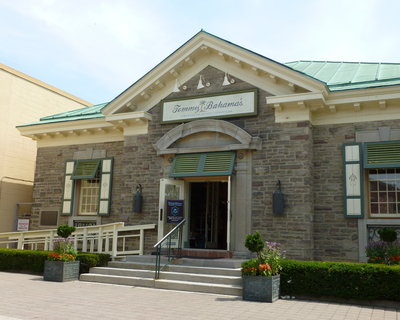 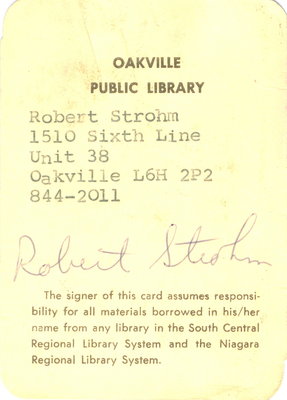 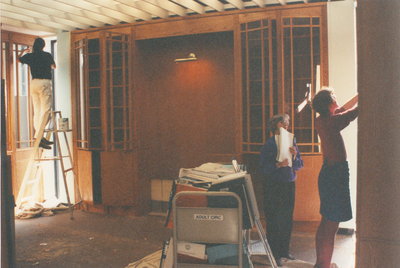 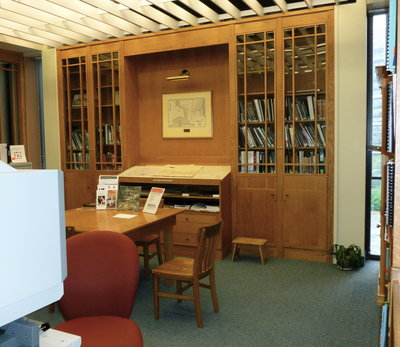 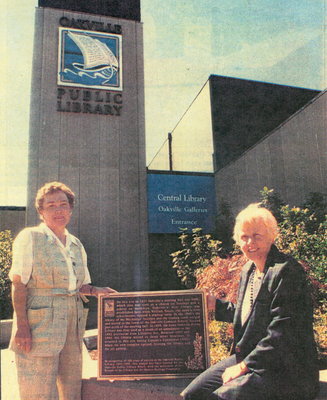 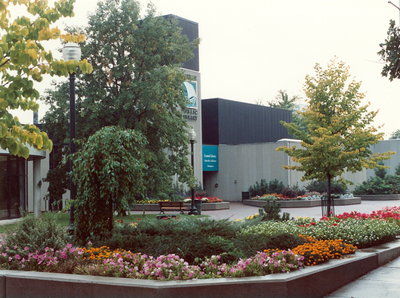 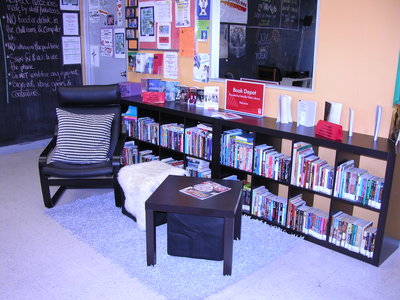 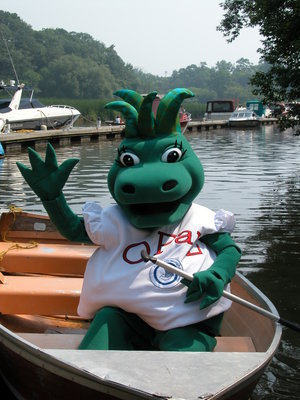 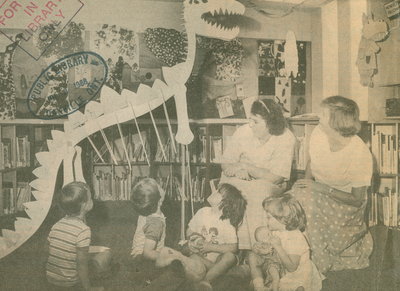 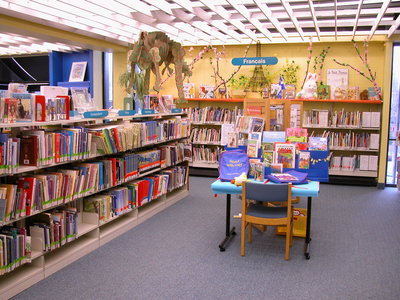 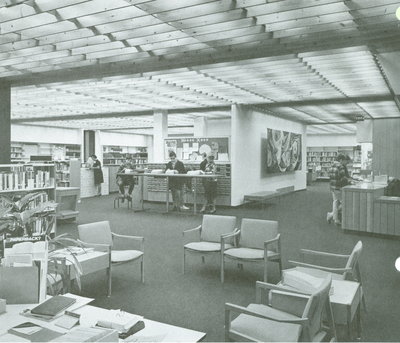 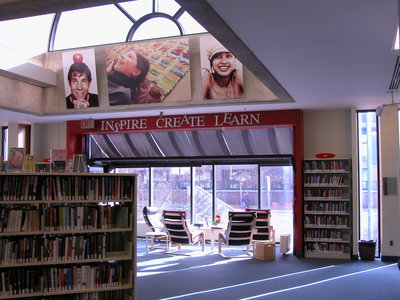 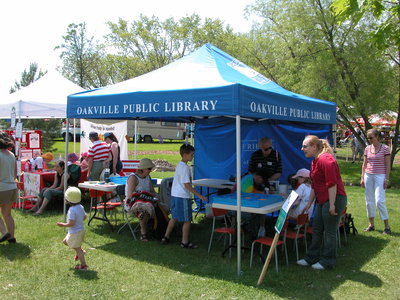 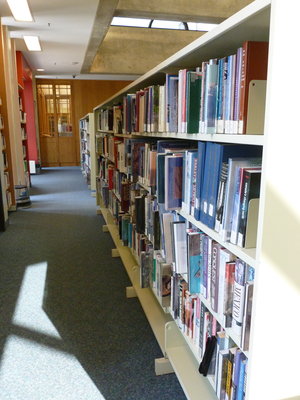 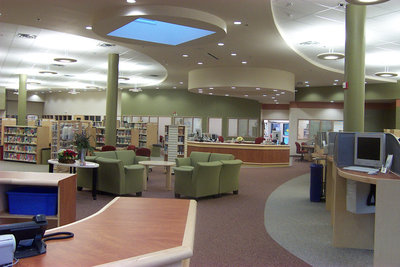