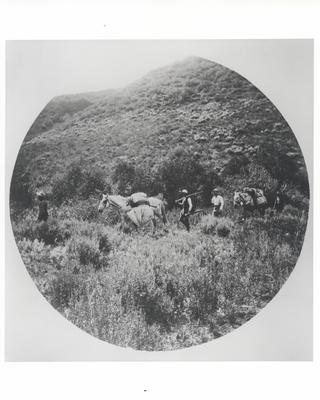 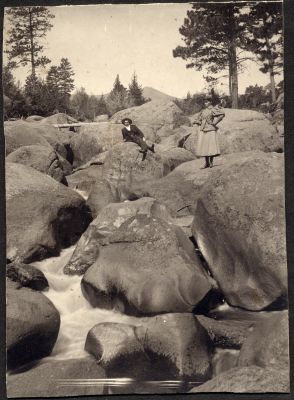 Emelda and John on their wedding trip Image Details

John Alexander Chisholm Jr. was born in Oakville on Dec. 28, 1859, and he was the youngest son of John Alexander Sr. (1816-74) and his wife Sarah Pettit Bigger. They lived on the farm at the north end of Oakville (see Oakville and the Sixteen).

As a result of John Sr. running ‘The Oakville Basket Factory’, which his oldest son William B. took control over, John Jr. and his brother Charlie were surrounded by machinery from a very young age and both developed a flair for inventing. How they invented and manufactured the first pea-hulling machinery, which was used in the canning industry in both Canada and the United States, has been fully explained in Hazel C. Matthew’s book entitled “Oakville and the Sixteen”. Coincidentally enough, it was while attending a canning convention in Topeka, Kansas that John Jr. met his future wife, Emelda Beeler.

Emelda's mother and father had migrated from Virginia to Kentucky, where Emelda was born, and after being orphaned at an early age she was reared in Topeka, Kansas by the family of her guardians, Mr. and Mrs. Gilbert. After their marriage, John and Emelda moved to Oakville where their daughter Hazel was born. However, Emelda was unhappy there because of the coolness shown towards Americans at the time, particularly by John's mother, Sarah.

This is understandable when one considers that both of Sarah's parents were Loyalists, whose families had lost everything in the Revolution. However, Emelda knew nothing about this and after having only lived in Oakville for one year John took her to live in Rochester, New York. Planning to live in Oakville in summer and Washington in winter, he built a house in Washington which was barely completed when he died in 1903 of typhoid fever.

The Washington house was occupied for years by the Chinese Legation and thereafter by many people famous in the United States government. Emelda remained for a time in Washington and then moved to New York City, living at 336 West 77th St. until Erchless became her permanent home. 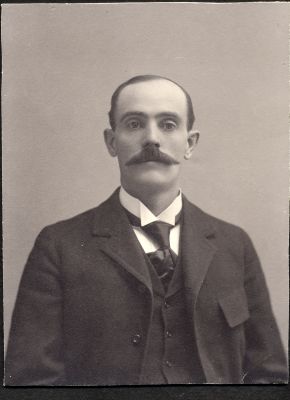 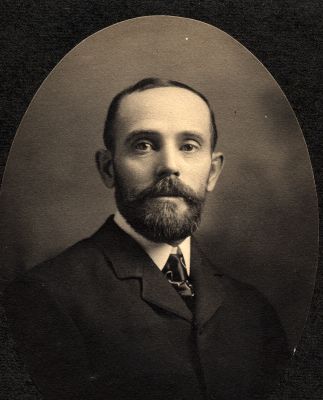 J.A. Chisholm passes away in Washington home of dread typhoid fever (special to The Review)

NIAGARA FALLS, April 16.--J.A. Chisholm, a member of the well-known firm of Chisholm, Scott & Co., of this city, and a business man who had a wide circle of friends and acquaintances in Niagara Falls and vicinity, died at the family home in Washington yesterday after a brief illness with typhoid fever. Deceased was about 40 years of age and is survived by his widow and two daughters. He was born at Oakville, Ont., and for a number of years studied on the invention now known as the Viner system of pea shellers, which the firm is now manufacturing at their large plant on Linwood Avenue, this city. The pea shellers are in use in many of the large canning factories of the country, and are said to be teh best and most practicable in existence.

Two weeks ago Mr. Chisholm came to Niagara Falls from a Western trip and was apparently in good health. Upon his return to his home in Washington he was taken down with teh malady that caused his death. The company has been in business in this city, starting with a very moderate beginning and growing rapidly, until today their plant is one of the most important ones of the city.