The Kindergarten teacher is Mrs. (Katherine?) Kellett. She left Palermo Public School in June of 1968.

There was a school in Palermo as early as 1819. It was one of 3 public schools in Trafalgar Twp. The first school may have been on the same property as the ones built in 1842, 1875 & 1942 or it may have been across the road near the cemetery.

The first school was built in 1844. A new school was built in 1875. In 1942, the Wendover construction company started work on the present building which is now the home of the Trafalgar Township Historical Society. This new 1942 building contains the date stone of the old. We have many photographs of the students, teachers and new building in our digital collection for your further information, but linked here is the record with a number of photographs of the demolition and construction of the 1879 and 1942 buildings.

In 1955 a new Palermo Public School was built south of Dundas Street. Marg Wark was the last teacher at S.S. #2. The new school wasn’t ready on time and the students were taught in the Palermo hall, St Lukes & the old Palermo school until it was completed. The present-day St. Joseph's Portuguese Roman Catholic Church at 2451 Bronte Road incorporated the school in its building.

After the school closed, the building was used by the Trafalgar Police Department. The school was sold in 1978 by the Halton Board of Education.

A 1967 article in The Daily Journal v.5, 216 said that the 1955 opening registration of 55 pupils had increased to 195 in 1967. Principal William Reynolds was just completing his first year at Palermo Public School, having come from Pine Grove School Home and School President was Mrs. Ross. Cowan. The former S.S. #2 building was being used for a class of pupils from Lorne Skuce School in 1966-67. (From clipping in TTHS print file Families-Lawrence.) 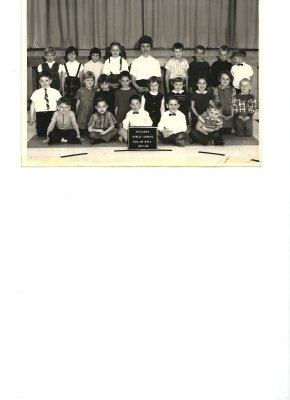