Newspaper clipping: Cottage roof caves in. Details
"The Oakville Art Society has been forced to vacate its pottery cottage in Coronation Park due to a partial cave-in of the ceiling in the facility. Fortunately, no one was injured in the incident although there was a class being carried on at the time.
The executive held an emergency meeting...and decided to immediately suspend further classes until such time as they can be accommodated in the Red House. Anyone currently enrolled in pottery classes with the Oakville Art Society will be notified by their respective instructors concerning the resumption of classes. The OAS regrets the inconvenience." 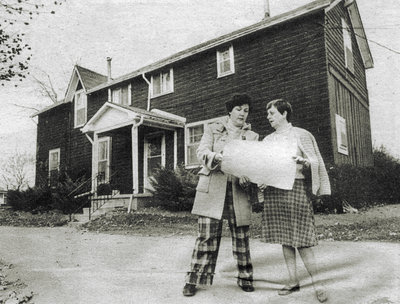 "The Red House" Details
By 1976, OAS was looking to expand again, with plans for an addition on the Red House. However, in 1979, during the planning phase of the expansion the Cottage roof caved in, motivating the group to seek a larger location. 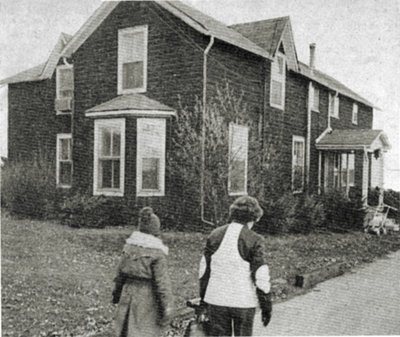 "The Red House" Details
With membership constantly growing (300 members in 1970), the need for more space was evident. The Oakville Parks and Recreation Department had been using the nearby farmhouse as their headquarters. When Parks and Recreation vacated the house, OAS rented this additional space from the Town. The farmhouse became known as the Red House and was the main space for various art classes, workshops and social events. The Cottage, still in use, became the pottery studio.
Main Menu → Previous Page → Next Page
Powered by / Alimenté par