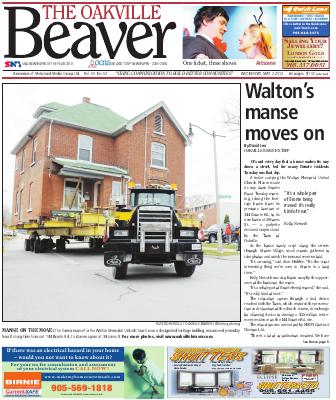 Details
The Walton Manse was purchased by the church in the 19th century to be the home of Walton Memorial United Church's Reverend. It moved locations in 2012 from Bronte Rd. to Jones St. to make way for a new build. Part of the negotiations for the new build included Walton Manse's preservation and restoration. With interesting architectural elements such as elaborate brickwork and windows, the building is a good example of Edwardian architecture mixed with Queen Anne style.("Walton's Manse on the Move" 1,8) 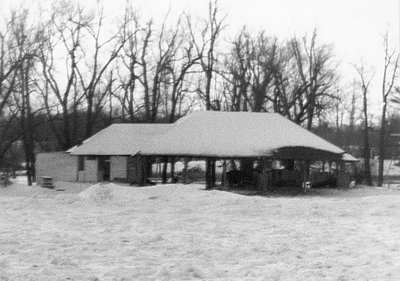 Bronte Pavilion in Winter Details
Built around WWI and demolished sometime in the 1950s the Bronte Pavilion was a community hall, the location of many summer dances and other social events. Just behind the pavilion was a merry-go-round for children to enjoy. 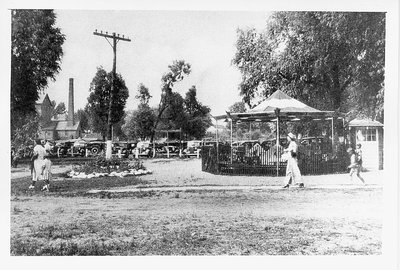 A day in Bronte Details
The merry-go-round located behind the Bronte Pavilion. 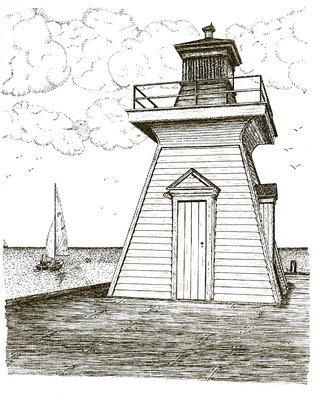 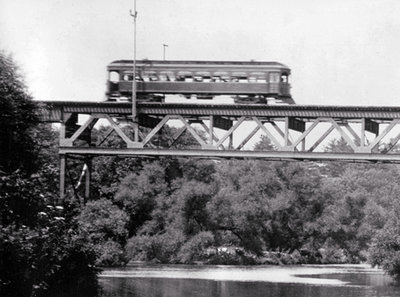 Radial Bridge/Line in Bronte Details
The radial line ran from Hamilton to Toronto up until the 1920s. The line followed Radial Rd. which is now Rebecca St. It was demolished during the 1950s. Evidence of the old radial line can still be found on the underside of the Rebecca St. bridge in Bronte. 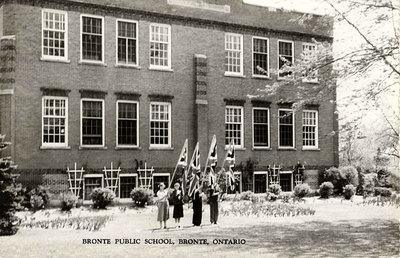 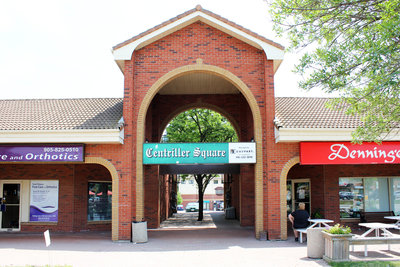 Centriller Square Details
Centriller Square in Bronte is where Centriller School once stood. It is now home to businesses such as Denningers, CJ's Cafe, R&R Books and Subway.
Main Menu → Previous Page → Next Page
Powered by / Alimenté par