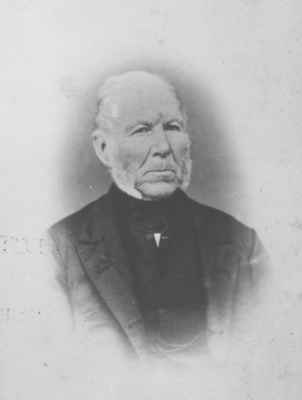 Justus W. Williams (1798-1875) OHS #140 Details
Justus Williams contributed a great deal to early Oakville. He is well known for his store, his role in the Temperance Movement, and his 'remedies.' These remedies included a recipe for Rheumatic drops, a Composition powder, and one for the treatment of Ague which contains "1/2 pt fourth proof Brandy." These may be found on page 460 of Hazel Chisholm Mathews' book, Oakville and the Sixteen.

His house and store were built in 1834 at present day 266-70 Lakeshore Road East, and housed a store from which hardware, dry goods and medicine were sold. In 1852, he was vice-president of the Oakville Mechanics' Institute, the precursor to the Oakville Public Library. 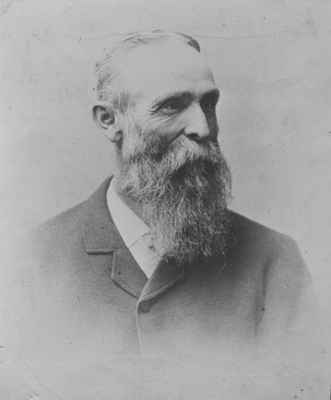 Most importantly, Sumner kept diaries for 40 years that provided insight into the daily life of Oakville and its citizens. After 37 years of service as Chief Constable, Sumner was suddenly dismissed without reason.
Molly Menear was known to the residents of Oakville as the 'Pig Lady' in her day, a name befitting the character she was in the 1860s. She was a widow supporting herself and her daughters in their home on Dundas (Trafalgar Road) just north of Palmer Avenue. She did so by raising livestock, not all of which stayed on her property, and she often was fined by the Magistrate for it. Chief Sumner notes in his diaries in 1868, "Had Mary Manear up for letting her hogs run at large, fine and costs, $2.25." Her 'Pig Lady' status also had to do with one old sow that, when chased by Chief Sumner, squealed without stopping as he gave chase. Molly would give a hog call from the corner which, "could be heard all over town" causing the other animals to scramble about and allowing the sow to elude Sumner.

After Molly's house burned down in 1869, she was determined to have a stone house and carried stone from the creek up the bank in her apron. When she finally collected enough stone, she built 127 Dundas Street North (Trafalgar Road) which still stands, but is covered in stucco. 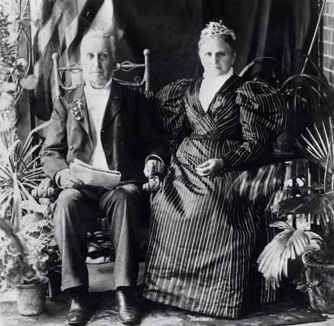 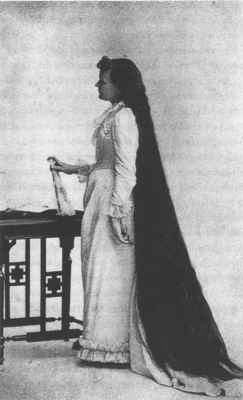 Martha Matilda Harper - Advertisement Details
Martha Matilda Harper is considered by some to be one woman who changed the face of modern business by being the first woman to franchise a business. She began her own business in 1888, the basis for which was a formula given to her by an Oakville physician for hair treatment, a scalp cleaner and tonic. Her business prospered remarkably, celebrating a diamond jubilee in 1948; Martha's own hair was her best advertisement for her product. 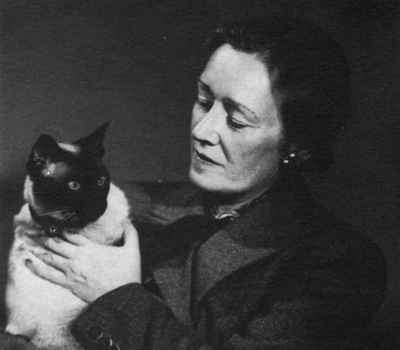 Hazel Chisholm Mathews with cat OHS #956 Details
Hazel Chisholm Mathews is a direct descendant of the founder of Oakville, Colonel William Chisholm and the daughter of the Mr. and Mrs. John Alexander Chisholm. She is Oakville-born and the author of the definitive historical text about Oakville: Oakville and the Sixteen: the History of an Ontario Port.
Search Again → Previous Page → Next Page
Powered by / Alimenté par