In 1916, Frank and Nellie Perkins and their three children, Eldon, Ormon and Erla, moved from Toronto to Oakville. In 1924, Frank, a house builder, traded his home for another home with greenhouses and became a florist. The house and greenhouses were on Macdonald Rd at the north end of Balsam Dr. He established "Perkins and Sons Florist".

The children went to school at Maple Grove Public School and Oakville High School. Eldon went on to Ontario Agricultural College (now Guelph University) returning to work with his parents. He met and married Jessie Richardson and she also worked in the greenhouse. Jessie's family had long time roots in Oakville as her Mother was born in the Lyon's cabin when it was on Trafalgar Rd opposite where Sheridan College sits today. Jessie grew up on a farm on Sixth Line. Her father sold the farm to the Oakville Golf Course. The farmhouse, for many years, was the original clubhouse. Jessie's Father, Wm Richardson, and Grandparents were also born in Oakville.

Eldon built an addition to the second floor of the house where he and Jessie lived. They had three girls, Kathleen, Janet and Linda. All the girls also helped in the greenhouse.

In late winter, Nellie planted seeds of annuals flowers and vegetables. When the seedlings were large enough, they were transplanted into boxes by Nellie and Jessie. When the weather became warmer, these boxes were moved outside to be sold. In the spring, hothouse tomatoes were grown. Often the tomatoes were picked while the customer waited. You can't get any fresher. Asparagus and other vegetables were also grown outside. May and June were busy months.

Carnations grew year round in one greenhouse and in another, mums. These were used in bouquets, arrangements and corsages. Eldon was responsible for corsages for formal dances at the schools, floral arrangements for weddings, funerals and special occasions, Mother's Day, Easter and Christmas. On Friday, he sold plants to Florist shops in Toronto and on Saturday he went to the York Farmer's Market on Yonge St in Willowdale. If a child came into the greenhouse with a handful of coins to buy a gift for his Mother, he often left with more flowers than his money could buy. Eldon felt that the coins were money that the child had earned.

Frank and Nellie were very active in St John's United Church. Nellie sang in the choir for many years, often singing solos and duets. Eldon and Jessie were also active in the church. Eldon was an elder and Jessie and active member of Oceola Group.

Frank was known, in the family, for his Perkins/Moffat Family reunions, often attended by 30 - 40 people from across Canada. His second cousin was Mary Moffat, daughter of Robert Moffat, a Scottish Missionary in Africa, and wife of David Livingston, Explorer.

Eldon was also one of the original members of the Trafalgar No 2 Volunteer Fire Dept rising to Deputy Chief until his retirement. Unfortunately, in 1952 he had to put his skills into practice when a fire destroyed the wooden furnace room of the greenhouse. The furnace room was rebuilt with cement blocks.

Every fall, the girls raked the back lawn to ensure that all leaves were raked so that they could build a skating rink. As soon as Eldon was confident that the cold weather was here to stay, the girls started flooding the frozen lawn or snow. Eldon would flood the rink before going to bed after he had checked the greenhouse furnace to ensure that there would be no problems through the night. If there was a problem and the temperature dropped, an alarm in the house would sound. Frank and Nellie would sit at the kitchen window to watch the girls skating. Their private "Skating Carnival".

Frank died in 1956. The family carried on the business with Nellie continuing to work also. Sadly, Eldon was killed in a tragic accident in 1973. Perkins and Sons Florist were in business for 49 years. The property was sold to a builder who demolished the house and greenhouses. Two homes were built, Nellie died in 1975 and Jessie in 1995.

The Oakville and Bronte Horticultural Societies planted a tree in memory of Eldon in a park on Anthony. In 1999, a parcel of land from Maple Ave to Cornwall Rd, formerly the driveway into Oakville Humane Society, became a park. The girls requested that the park be named "Perkins Passage" in honour of the family. The park opened in Aug, 1999 by the Mayor with all the Perkins girls and families attending. Many relatives were also present.

The three girls went to school at Linbrook Public School. Kathleen and Janet attended Oakville Trafalgar High School; Linda attended Perdue High School. Upon graduating, Kathleen attended Teacher's College in Toronto and taught at E.J. James for two years. In 1960, she married Mike Lett, an Oakville boy, and moved to Portage La Prairie, Man. where Mike was stationed in the Air Force. They moved around finally settling near Grande Prairie, Alta where their two boys and families are living. Upon retirement, they moved to Lake Country, B.C. in the Okanagan area.

After graduating, Janet worked for Bell Canada in the business office and later in Engineering. She married John Windmill, who was born in Palermo, in 1961. They had two children, Vicki and Robert. Vicki married Rick Werkman, also an Oakville born boy. They and their three girls reside in Burlington. Rick has recently opened a Chiropody practice in east Oakville. They have "come home" according to Vicki. Robert married Christine Quigley, also an Oakville girl, and resides in Oakville with their two children. After the children were in school, Janet worked for Cogeco Cable for 23 years before retiring.

Linda married Ed Gautier, a Toronto boy. After living in Oakville for a few years, the family moved to the Peterborough area.

Some things that we remember about Oakville:

If you lived in Oakville after WW II, do you remember bread, milk and ice, cut from the lake in winter and stored in sawdust in ice houses, being delivered by horse and wagon? The horses knew the route as well as the drivers and stopped at all the right houses. Do you remember the bottles of milk that were filled with ice crystals and had "ice hats" in the winter? The cream, in pasteurized milk, was at the top of the glass bottle and expanded when frozen out of the bottle with the cardboard cap on top. Jessie and Nellie placed their empty bottles on the veranda steps with the required money in the bottle. The milkman left the full bottles.

Do you remember sawdust on the butcher's floor? Do you remember the bins of nails, screws, etc in the hardware store. The items were weighed on a large scale hanging from the ceiling and then placed in paper bags. Sometimes people would buy a pound of nails and, at other times, just the number that they required. Nothing was pre packaged and in plastic. Stores closed on Wednesday afternoon but would be open late on Saturday. Many people socialized while strolling and shopping. Do you remember the snack bar in Len Hope's Rexall Drug Store? All the pies and tarts were baked by his mother who was know as Grannie Hope by all the children in her home area on Macdonald Rd. 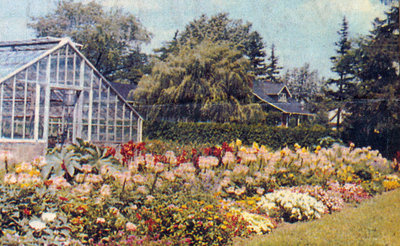 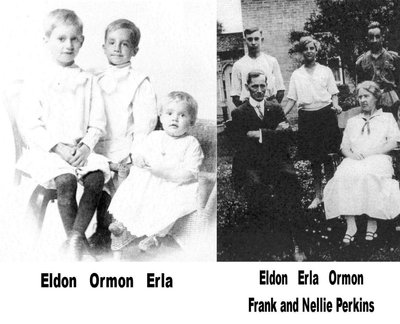 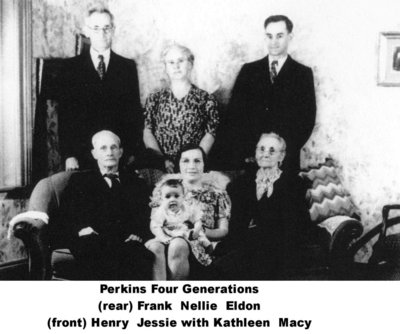 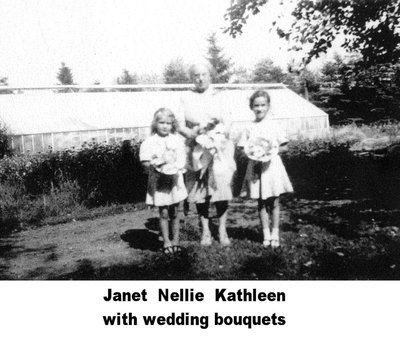 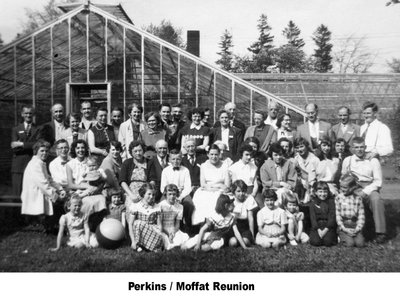 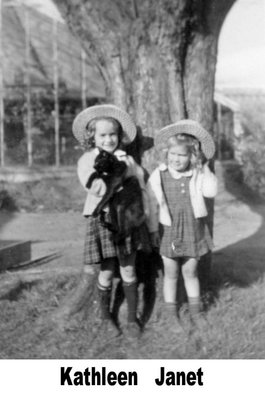 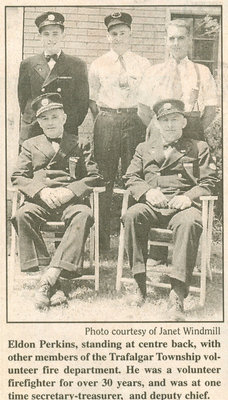 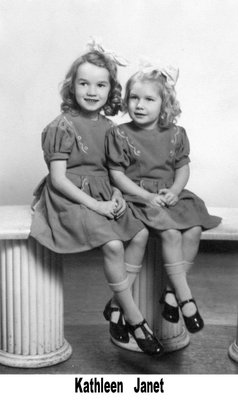 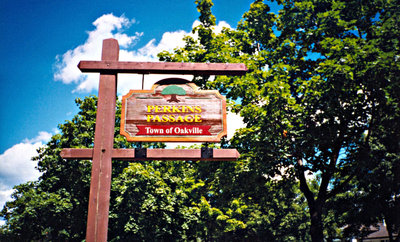 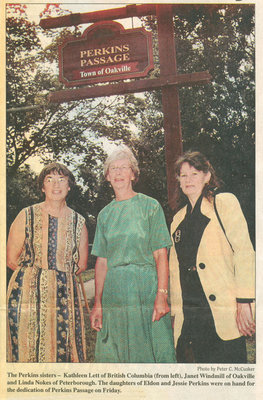 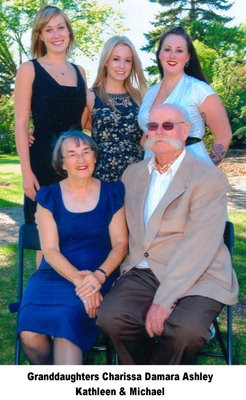 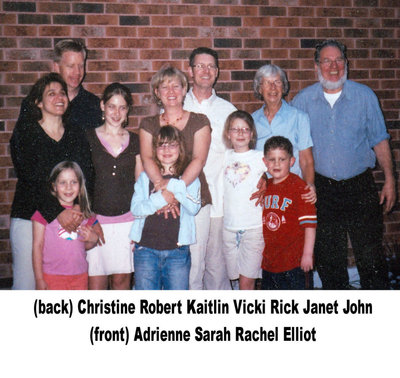