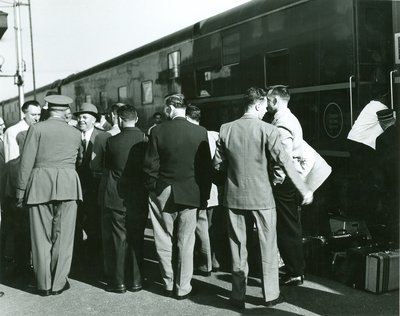 Oakville Soldiers Reunion. Courtesy of the Town of Oakville. Details

Throughout Oakville's history, there have been several occasions that introduced Oakville residents to many international experiences. Many of the stories below speak to these experiences abroad, often during times of war.

Memories during wartime (1944 on) By Bill (William Dudley) Hitchcox